My team was tasked to come up with an augmented reality experience for Intexar to inspire more business with their showcase jacket. The customer was building a new technology center at the time and wanted the solution to be ready before opening day (we had only two months time). We were all excited to be working on the jacket because it's main feature is wearable-self-heating technology and the jacket itself was featured by the US Winter Olympic team of 2018.

I researched our customer's successful products to make a proto persona of their customers because time was short and the project was under NDA. I came up with Jason, who is invited to the center, searching for materials to buy for his business. It is important for Jason to know about the jacket's features so he has an idea how the technology applies to business.

In a team workshop, we collected our research into cards. With a creative card sorting exercise, the team came up with valuable ideas for an augmented experience. I sifted through all the ideas and illustrated a detailed storyboard of a coherent user journey with multiple-touch points. The experience would get four major points across: what the thermal technology looks like, where it is located on the jacket, the jacket's history and what other business could benefit from it.

Because I helped sell the user journey to the customer, I had to define the expected input and out of the entire experience. I wanted Jason to have as few tasks as possible to accessing the holographic content. Since there were four key points about the jacket, I broke the experience into four segments. One segment was placed on each side of the actual jacket so Jason would have to move and read holographic content juxtaposed on the jacket. 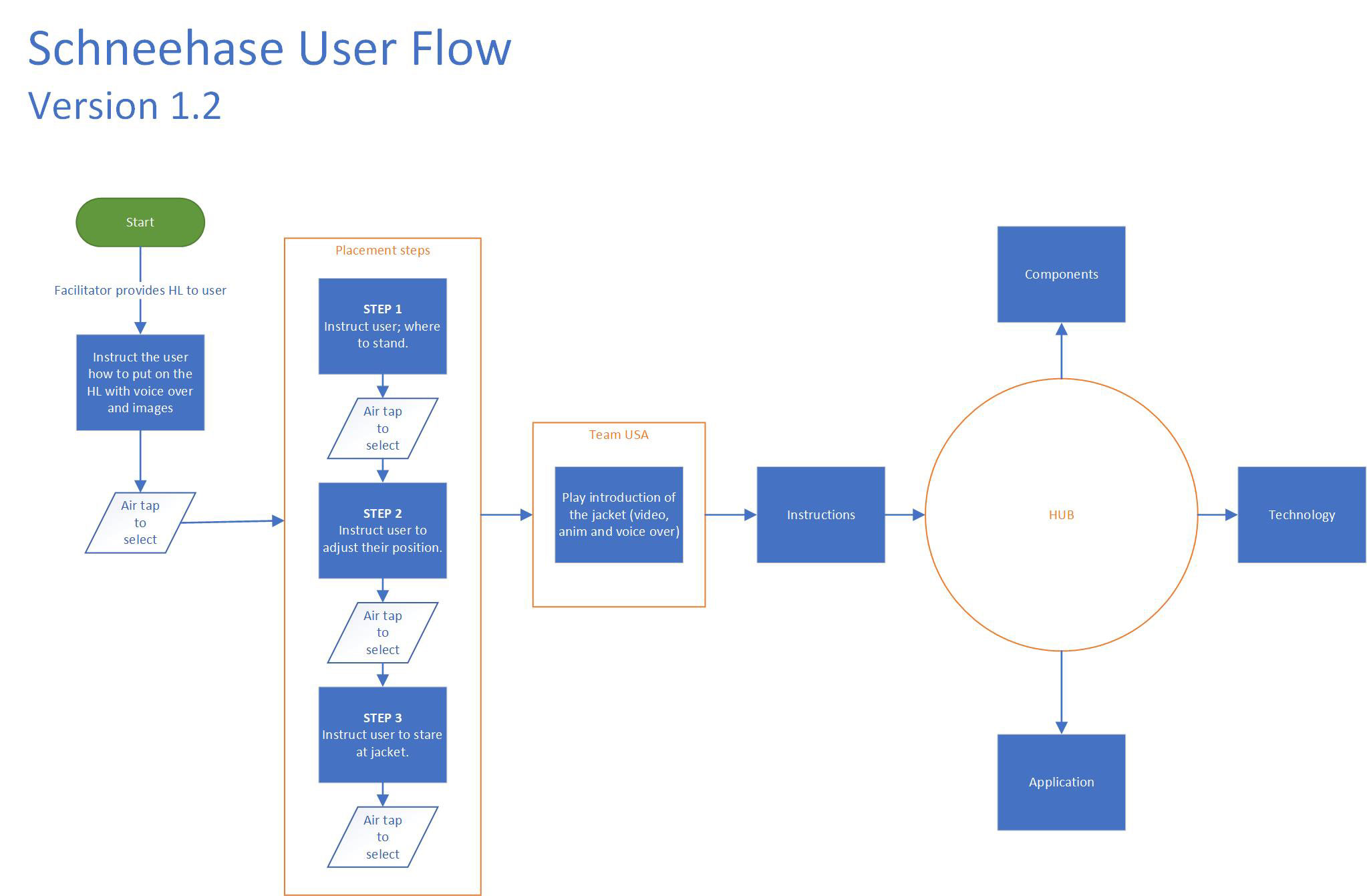 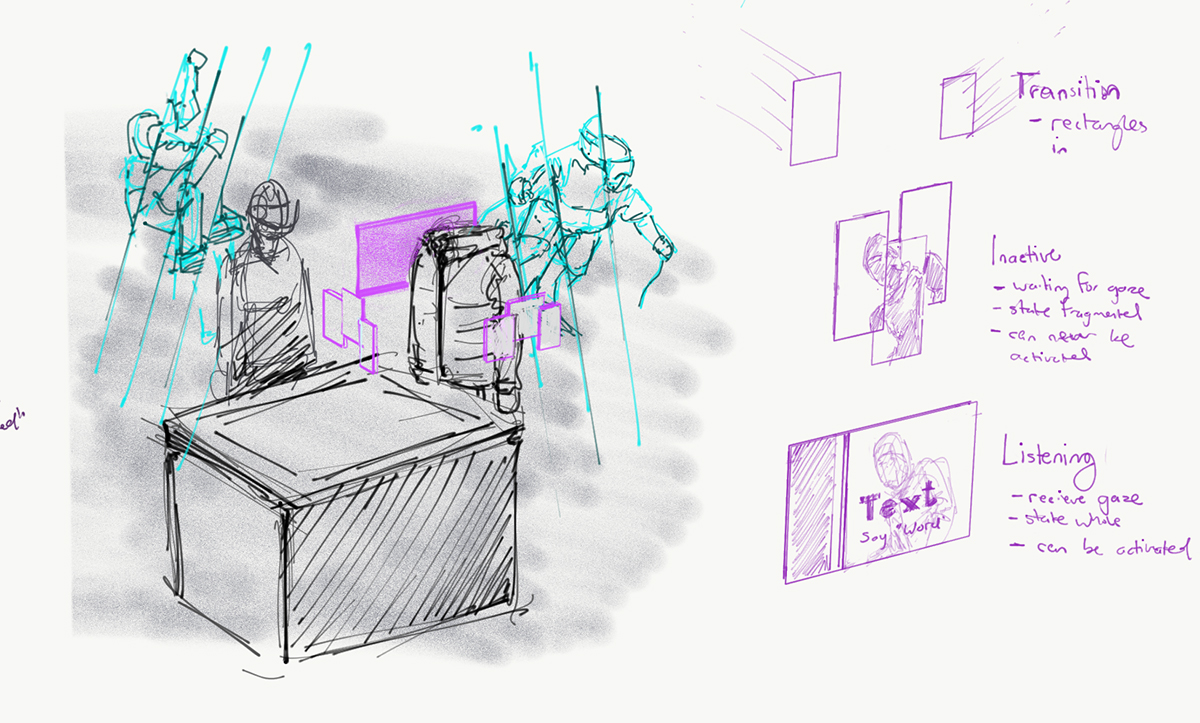 After conducting five users tests, the onboarding experience proved challenging when users are required to calibrate the experience by themselves to a physical object. I learned depth perception is inaccurate with HoloLens. After analyzing the feedback, I realized calibration is most easy and accurate if users are told where to stand and do not have to move anything. The solution I came up with were illustrated instructions, telling the user where to stand and look, so calibrating is less effort for the user. 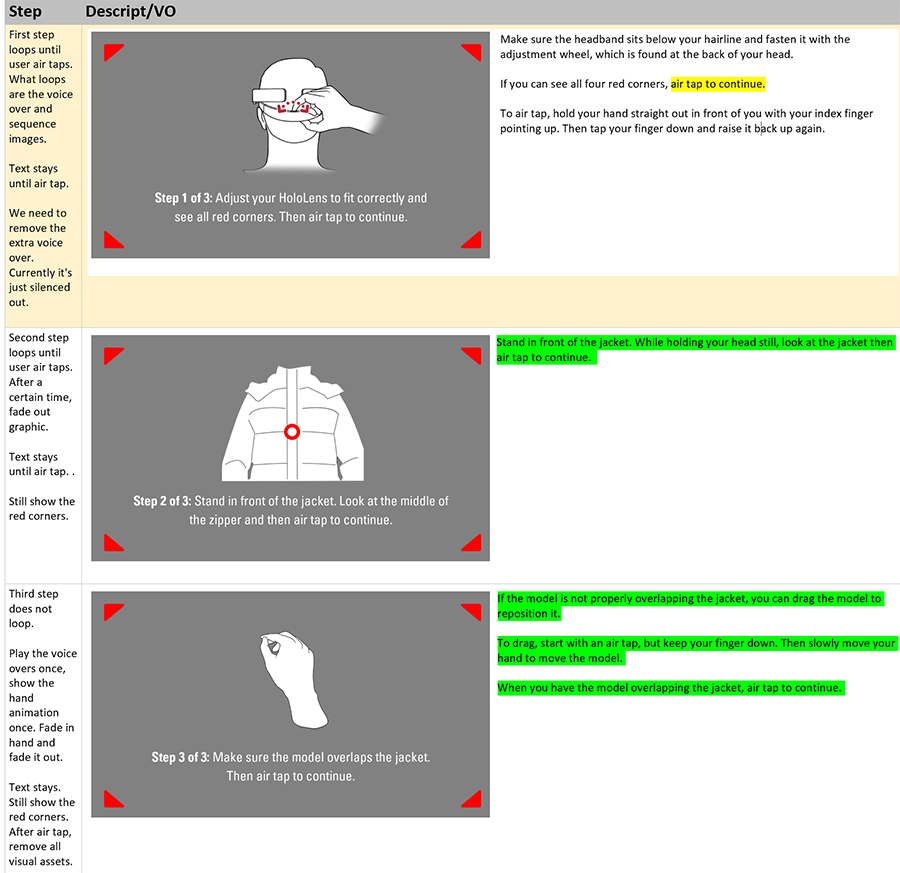 Towards the end of the project, I helped polished the UI and integrated the customer's CI. I created a sample video of what the experience is suppose to feel like on the HoloLens. Due to copyright restrictions, I removed the voice over and music. 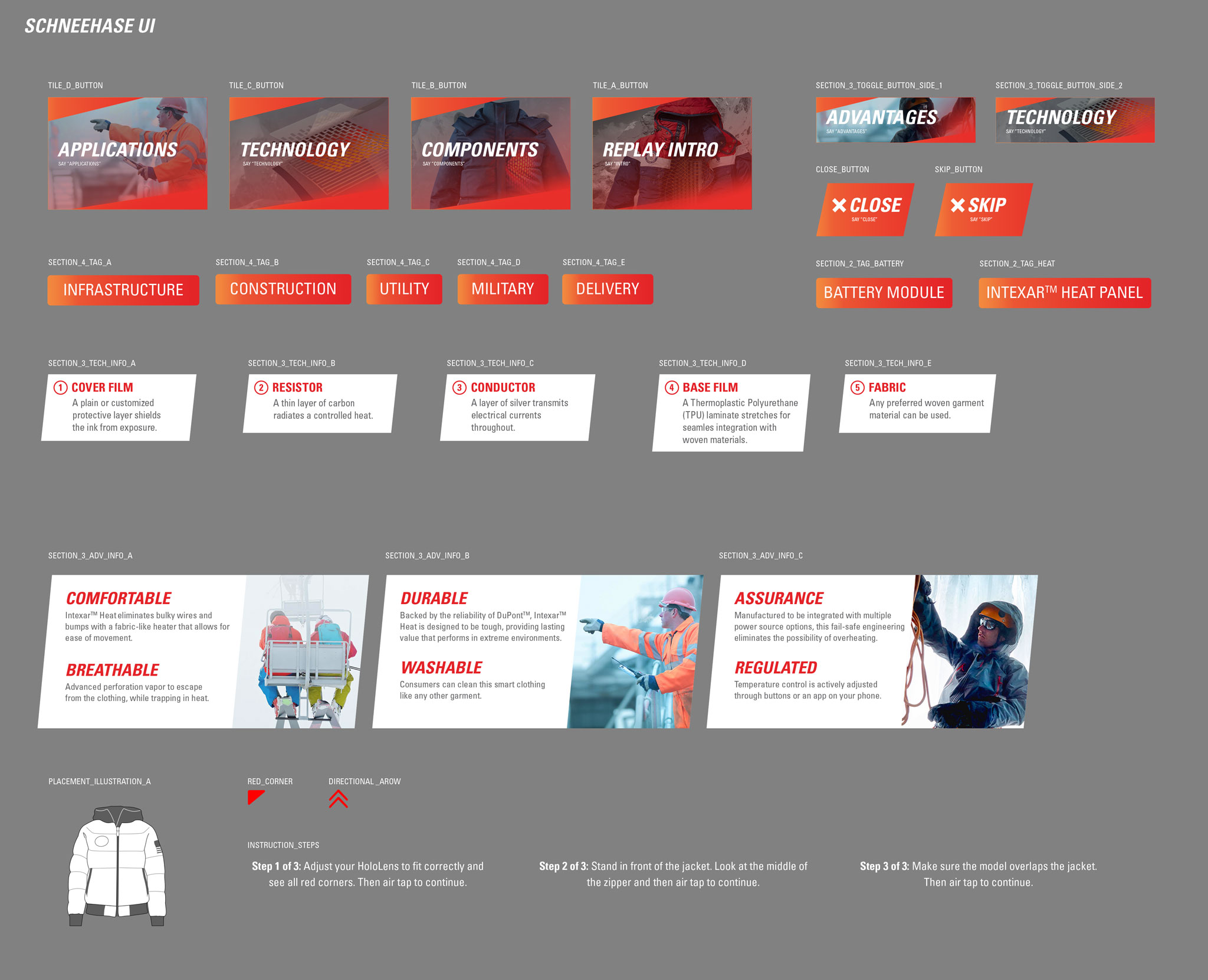 The customer gladly accepted the solution before opening day of the technology center. They recieved positive feedback from their peers and customers. The customer wanted to continue doing business with us, which was our greatest reward. As for personal learnings, I learned to be more decisive after user testing. Time was very precious and the pressure was heatiing when there was too much thinking.