Challenge
Galaxy Explorer is an open-source Windows Mixed Reality application that was originally developed in March 2016. Our team was selected to help extend the application to HoloLens 2 and innovate new interactions before the device was released to the public.
Approach
One of the biggest wishes from the team was to build in the hand menu using the MRTK (Mixed Reality Toolkit). For low fidelity, I prototyped several hand menu layouts with tape. The simple "stack" layout proved to be most useful because your finger has a better chance to select a button without other button interference. Then we used sketches and video mockups to prototype the behaviours. 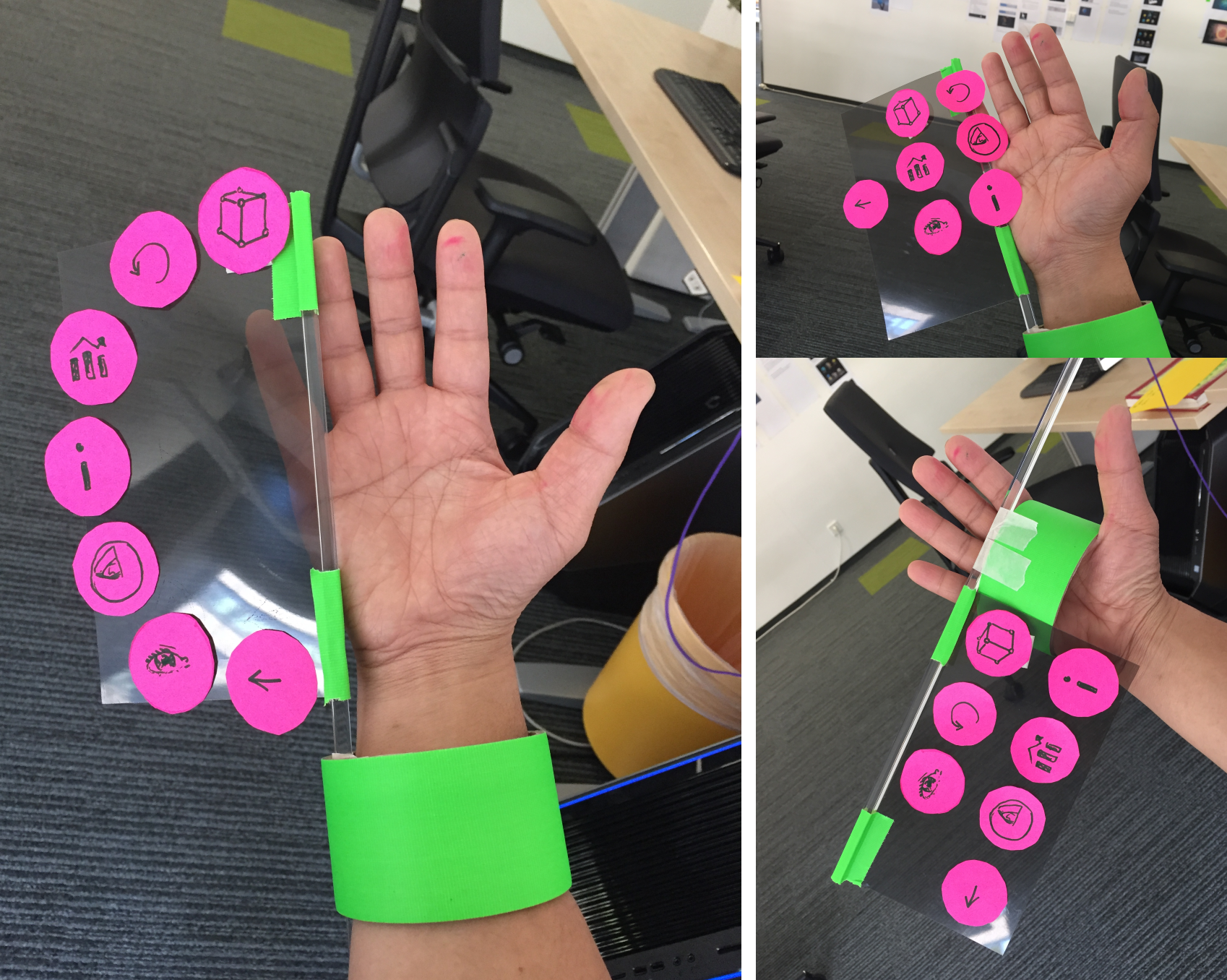 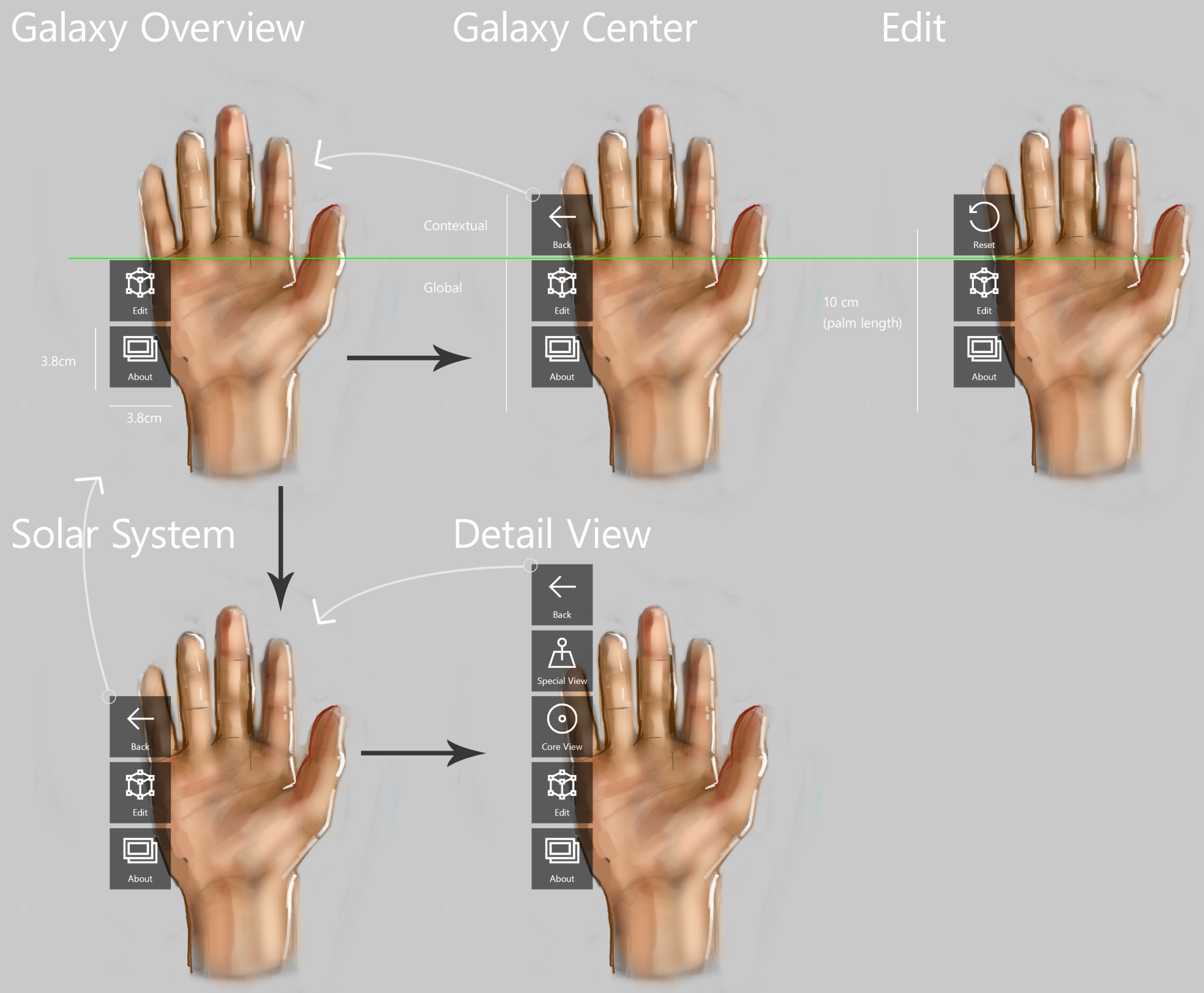 Concept of the hand menu interaction.